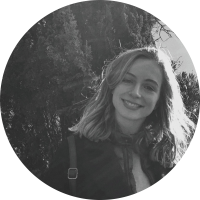 I´ve been scrolling through my Instagram feed, when I noticed something which took my attention. I saw a meme saying:

Memes are funny pictures with a text which are supposed to make you laugh. That meme really shocked me and I couldn´t stop thinking about it. I saw a lot of memes about world war 3 the last weeks. Those pictures really confused me because I didn´t get how people could make jokes about something that serious.

The US and Iranian governments strode towards an inevitable conflict over the past weeks. The situation got more and more dangerous. Nobody is really sure about what will happen and there are some thoughts about a third world war. Those believes are just assumptions and speculations. Experts on the other side say that a such war is not very likely to happen. There remains the possibility of war and that creates a feeling of uncertainty.

I asked myself why people make jokes about such threats and I came to the conclusion that they try to cope with that feeling of uncertainty. It is ordinary people: Americans, Iranians and others, who create these memes. They get shared and liked and #ww3 has collected many mentions on Instagram. A deeper look at the content reveals the try of people using memes as a way of expressing their fear.

People always used art and writing as a way of expressing their feelings but I think there is a borderline between humour and disrespect. Those memes are certainly disrespectful to the people affected by the conflicts and I don´t think they should be spread on the internet. Imagine actually being a 19-year-old boy living in Iran. You live in constant fear of the local conflicts and while you scroll through your feed, you get to see a meme like the previous. You wouldn´t feel taken seriously and that would make you feel angry and week.

That´s why those memes are a problem: they make the threat and the possibility of a world war seem less harmful and less dangerous. The people who create those pictures are often misinformed and they lack expert knowledge.

Furthermore, meme creators are not aware of the influence they have on people and society. The range they have is enormous. The platform “Tiktok” is mostly used by younger people. Even there humoristic videos about world war 3 exist. Those videos have an affect on their watchers and they influence their way of thinking. They create their opinions about war in general. The internet helps uninformed and maybe misinformed people to share their wrong opinions. The guidelines for internet users should be way more restrictive.

In conclusion I want to raise awareness and attention to that phenomenon happening right now. I want you to debate and think about the fatal things those memes can cause. Misinformation is spread all around the world and no one is noticing it. We see those pictures; we laugh about them and then we forget them. Or at least we think so. In reality those thoughts remain in our subconsciousness and influence our way of thinking. We are being manipulated by tiny pictures on a screen. We could see it as a way of propaganda making. They want to tell us that there is already a war starting; even though we can´t be sure about that. Those unrespectful, dangerous memes and videos need to be deleted. It shouldn´t be so easy to spread fake news. My advice to you is that you should inform yourself by different sources and build your own opinion. It is only scaremongering and you know better. 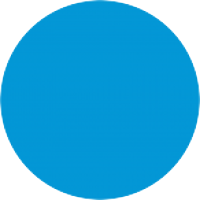