Professor Dorothy Zinn about migration in South Tyrol, and how the ethnic division of society affects integration
Von 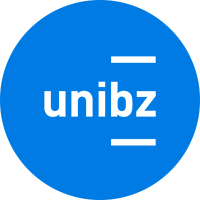 How does South Tyrol as a “multiethnic” society deal with immigration? Does the integration process differ in ethnic divided societies? And does it mean that migrants have to “choose” one of the ethnic groups? Those are questions that Dorothy Zinn, Professor for Social-Cultural Anthropology at the Faculty of Education, asked in her study. With Salto she talked about the findings, and her own experience as a migrant in South Tyrol.

Salto.bz: „Migrants as Metaphor“ – this is the title of your presentation about Integration in South Tyrol. What does the Metaphor stand for?

Dorothy Zinn: When I speak of “metaphor”, I was in part inspired by the work of anthropologist Susan Wright, who talks about “mobilizing metaphors” in the development of policies.  I found that immigrants mobilize discussion, and discourses about immigrant integration inevitably refer back to the pre-existing social division. In this way, talking about immigrants in South Tyrol becomes a way of talking about the South Tyrolean society itself.  Furthermore, if you consider an extreme case like the Italian and German-language elementary schools of Fortezza/Franzensfeste, where almost all the students have a migration background, these children are themselves basically living metaphors for the absent mother-tongue students.

Before we dig deeper into the issue, I wanted to more clearly define your concept of “migrant”, which is nowadays often interpreted in negative terms. Does your concept of migrant include refugees or asylum seekers?

This was a long-term study that began in 2012, when “migrant” referred almost exclusively to people from other countries who are settling here, not to refugees and asylum seekers who have generally ended up here by chance and may not intend to stay.  Since 2015, the term “migrant” has been increasingly associated with refugees and asylum seekers, but I really did not deal with these categories in this research.  My interest was in the discourses about the integration of people who have come to settle in South Tyrol.

For many receiving societies, whether they are predominantly “monoethnic” or “multiethnic”, integration is really conceived of as a form of assimilation, and in this South Tyrol is no exception.  The difference here is that migrants tend to integrate into one of the existing groups.  Given the greater sensitivity to linguistic and cultural questions in a multiethnic society, newcomers might be seen as a threat to an existing balance, or as a new factor that might somehow rewrite the division. So the question is:  how does a “multiethnic” society react to immigration?  How does immigration affect the relations between the historic groups?  As Roberta Medda and Andrea Carlà from Eurac have shown, immigrant integration in South Tyrol is different from that of Catalonia, for example, where a civic concept of citizenship favors a general integration as residents of that territory.

How did you get the idea of doing research on this topic?

I have been conducting research on migration issues and multiculturalism in Italy since 1990, so the project was an outgrowth of this interest.  I arrived in South Tyrol in 2011, and at that time there was a great deal of discussion of the Provincial Law for Integration.  There were also local reactions to developments on a national level regarding questions of integration.

A question about your methods: Did you conduct interviews with migrants, or other types of field study? Maybe you can share some things that were especially difficult or also positively surprising while working “on the field”?

It may seem odd, but the focus of the project was actually not on the migrants themselves, but instead on the whole question of integration from the perspective of the receiving society.  I conducted ethnographic research in the South Tyrolean school system and in other settings where integration is performed, and I spoke with many people acting in various capacities in integration.  Although migrants were not my primary focus, I did speak with many of them, including parents and leaders of different migrant associations.  I also analyzed debates in the Provincial Council over nearly 25 years and followed media attention to these issues.  I really did not face any particular difficulties during the research: I have to say that people were very generous in sharing their time and lives with me.  There were some enjoyable moments, like a Glühwein at the Christmas market after a meeting of the Immigration Working Group:  within the group, a «Freiheitlichen» and immigrant representatives were drinking together (non-alcoholic drinks for some of the Muslims).  That was real, everyday integration.

What were the most striking results of your study?

One thing that was striking for me was the great extent to which I found a blind spot regarding the division in the receiving society:  people would talk and talk about doing this and that for integration, without registering the fact that the receiving society itself is not “integrated”. On the other hand, I met many other people working actively in this field, making great efforts across the ethnolinguistic boundaries to promote migrant integration.  But the division is so entrenched, it inevitably affects their work.  One of the main results of the study is that integration of migrants is one more stake in the broader arena of local ethnolinguistic dynamics.

You claim that due to the ethnic division, migrants are not promoted to integrally integrate into the society but are forced to choose one side. What consequences ensue from this model? Does it make integration harder for migrants?

As I said before, I did not focus primarily on the perspective of the migrants, so I did not explore the consequences very deeply. Also, with people from so many different backgrounds settling in South Tyrol, it would be difficult to generalize on this point.  However, my Ph.D. student Luana Franca Rocha is currently researching the issue of how migrants make these choices, in order to better understand the factors involved in the process and how they experience it.  Her work will provide another side of the picture I have presented in my own study.

What, in your view, needs to change in the attitude of society, and what in the institutions in order to improve integration of migrants in South Tyrol?

My study was not meant to be an assessment of how well integrated migrants are in South Tyrol.  Having said this, I think that the majority of migrants who have settled here in South Tyrol are actually very well integrated, whatever we mean by this problematic term.  They are normal people leading normal lives, and want to be treated that way.  Some politicians might instrumentalize the issue, arguing that we should not do “too much” for migrants, but it is in everyone’s best interest to favor a positive integration.  It may sound funny, but along with efforts on the migrants’ part, the receiving society needs to allow people with migration background to integrate; I am thinking especially about their children, who in the majority cases are born here in South Tyrol and have not migrated from anywhere.  Of course, there can always be improvements, and I think that fighting forms of discrimination and racism would be important measures.  Moreover, there are many ways in which our everyday system creates additional complications for migrants, but these aspects are rarely visible:  with gender-based violence, for example, migrant women in situations of violence face a number of additional challenges as compared to local women.  Recognizing this, with the valuable collaboration of Dr. Marina Della Rocca, I am currently directing a research project that deals with how antiviolence services can reach women with a migration background more effectively.

You yourself migrated to Bolzano years ago from the United States. How was your personal experience of integration in South Tyrol? Did you feel this pressure of choosing one side?

You’re right about the fact that I also migrated here, but I’m actually a very privileged migrant:  both here and elsewhere in Italy, we U.S. citizens have long been viewed favorably, although in the past I experienced some of the restrictions of being an “extracomunitaria.”   Here I think people generally accept me as a sort of neutral party:  I’m from the U.S., I spent many years in Southern Italy, and my grandfather was born under the Austrian-Hungarian empire.

Thank you so much for your time and for sharing your insights!