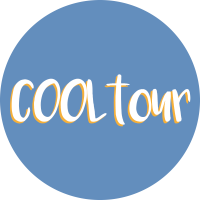 About Resistance (Interfaced) is a video installation co-created by a dedicated group of artists, designers, writers, and researchers under 26 years-of-age from the Bozen area: Abram Tomasi, Camilla Saiz, Gessica de Oliva, Giada Cardillo, Lucia Rose Buffa, Nicole Ferski, Samira Mosca, Tomas Grosello. I had the pleasure and honour to work with them between October 2019 and June 2020, on the invitation of Museion’s education department. This collaborative work is part of a larger, European project titled “Art Works! European Cultures of Resistance and Liberation”, involving three additional partners based in Berlin, Melk (Austria) and Zagreb and culminating in a series of exhibitions. The first one being the current exhibition at Cubo Garutti – Piccolo Museion. As to reflect the deeply inquisitive nature of this project, I have chosen to shape this short text around three of the crucial questions that propelled our research.

For 8 months this was the underlying question that we kept asking ourselves, as the conditions of our present realities were being profoundly altered. The installation About Resistance (Interfaced) attempts to both pose this core question to the audience and provide an open-ended answer to it. Our work began with a workshop in October 2019, on an eventful weekend in which Bozen’s city centre was evacuated to safely dispose of an unexploded World War Two device – perhaps a telling sign of the challenges that we would have to face in the development of this collaborative endeavour. Indeed, not long after our first meeting, we had to come to terms with the Covid-19 emergency and the impossibility of meeting together as a group but also with the Berlin, Melk and Zagreb’s participants for a planned week of creative collaborations and exchange. Thus, we devised new formats to work together virtually and co-produce an artwork from the confines of our homes. Through the video and the printed textile banner that are part of the installation, we aimed to highlight some of the key steps and elements that connoted our research process – thus also striving to offer a degree of transparency as to how the artwork has come together.

We began by reflecting on resistance as intended historically (as in the liberation movement fighting nazifascism and in specific relation to the local context) but also on everyday practices of resistance; in those found within art and cultural production as well as on more abstract values associated with this concept: the so-called ‘values of resistance’ that are evoked every 25th of April during the Liberation Day’s commemorations. We pondered over which people are often left out of historical narratives (looking at the past and present ‘intersectionally’) and over the functions of monuments and collective memorial practices, asking ourselves what an ‘anti-monument’ to a complex concept like ‘resistance’ would look like and what its function would be. It is from these challenging premises that we set off to investigate how history shapes the collective and personal dimensions we live in, how different historical narrations shape who we are – and how we shape them in return through our interpretation, gaze and voice (our ‘positionality’). History was thus understood as both a political and deeply intimate endeavour, a determinant of the present and the future – but also as a ‘project’ that requires care, sensibility and the capacity to listen to others with a willingness to develop a sense of responsibility.

As the project was being transformed to adapt to the lockdown and travel restrictions, we decided to meet weekly, online, from mid-March until the end of the project. These regular meetings became a space in which we could try to make sense of the quickly transforming reality - its limitations but also its possibilities. We shared our experiences, readings and other materials, discussed Black feminist strategies for radical (self-)care, and re-thought what the values of resistance might be under confinement. Personally, I felt that they were an anchor in a very unstable and confusing time – a safe space in which to think freely and check on each other. As our project, just as most interaction during the Covid-19 emergency, was happening virtually, we chose to explore this further in our artwork, by stressing the process and aesthetics of our everyday. That is, we conceived our computers’ screens as ‘windows onto the world’. We thus chose to use the so-called ‘desktop editing’ technique, namely, the recording of choreographed actions on the computer desktop. Since this was a tool to which everyone in the group could have easy access to, we felt that it would allow us to make a polyphonic and collaborative work, that could depart from monolithic understandings of resistance, while reading history through the lens of the present time. About Resistance (Interfaced) is the result of this process: of individual voices and gazes forged through a communal journey, retaining their different positions, registers and messages – but all coming together as one. An articulated, multi-layered and critical response to a complex question, executed through creative solutions and great sensibility. I certainly have learnt a lot from this process and will cherish this experience for a long time to come.